I cannot dance. I was after the Mr. forever to take ballroom dance lessons with me, and when he finally relented, I turned out to be the worst dancer imaginable. Graceless, herky-jerky and unleadable. But I love the idea of wearing a ball gown and doing some formal, ritualistic dance, and obviously it’s the sort of thing Henry would love, too.

THE QUADRILLE: The dance Henry and his friends learn for the Metropolitan Ball is called the Parisian Varieties quadrille. I knew I wanted them to do a quadrille and I read directions for the steps for several different quadrilles, but of course it’s much better to see a dance than to read it! I had read about a version of the Parisian Varieties that sounded very appropriate and was delighted to find this video.

You will notice that the women in the video are wearing an 1860s style of gown, which is entirely appropriate for a group doing historical dance, as the quadrille originates from that time period. I wanted the dance the young people do at the ball to be a little old-fashioned, a tradition rather than an innovation.

DRESSES AND DEBUTANTES: The dresses the girls will wear at Henry’s ball look more like these:

This is a picture of an 1899 debutante with her sponsor. The sponsor is a woman–her mother, another relative, a family friend–who has previously been debuted at the same ball. Because the GQ books don’t really focus on the girls, I didn’t want to get into sponsorship for the ACAT party, but Abigail is dressed much as the debutante in this photograph:

Except for the train. That is a. Lot. Of. Train.

As far as I’m concerned, the girls in ACAT do not have cumbersome, dramatic trains on their white dresses because I have no idea what they would do with them. I assume they’re detachable. You couldn’t dance with a thing like that, could you? All wadded up over your arm like a bedspread or something.

Does anyone have any idea what those weird, fluffy, dandelion-like flowers are? I trained as a florist, but I haven’t got a clue as to what those might be–and they have two whole bouquets’ worth of them! 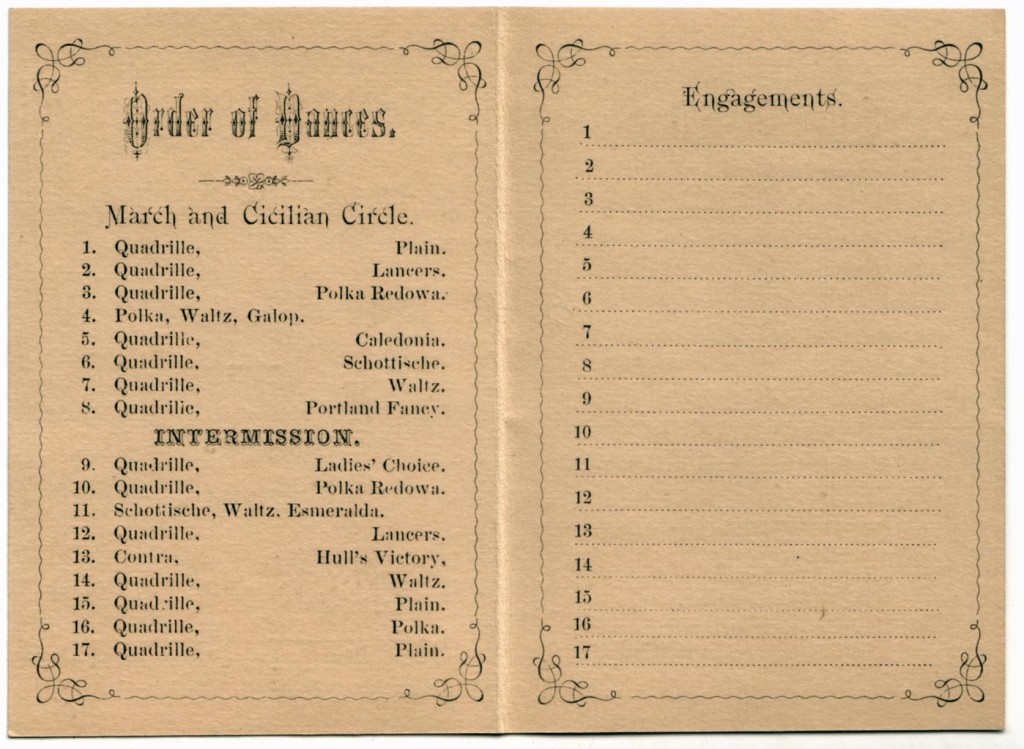 Dance cards could be simple, like this, or they could be elaborate and themed, designed for specific dances. Here is an example of a themed dance card from the collection of the Louisiana State University. There are a lot of dance cards online, but I’m directing you to this one because you get to see all the pages :)

There are also older “dance cards” that are more like pieces of jewelry–with metal covers and ivory pages–that a girl would use at dance after dance, but those were out of fashion by the time of Henry’s ball. However, you can see some here. They’re lovely :)

I was unable to find any dance cards that reflect it, but it was apparently sometimes done to hire two orchestras to play two long sets to extend the dancing hours, and I rather think they did this for Henry’s ball, as there was a great deal of dancing.

OTHER DANCES: I mention a few other dances throughout the series, and here are very brief clips of some of them.

2 thoughts on “dances and debutantes” 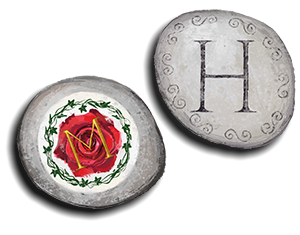