I found the centaur artist :)

(NSFW images behind the cut)

The artist’s name is Attila Sassy AKA Aiglon. He was Hungarian.

From the description of an exhibit of Hungarian artists at the Freud Museum in London:

He was born on 17 October 1880 in Miskolc. From 1898 he studied at various free schools in Hungary, Munich and Paris (Julian Akadémia, École de Beaux-arts). He used the pseudonym Aiglon (eaglet). When he returned home he joined Miskolc’s circle of intellectuals. In 1909 his first album of prints was published. His ‘Opium Dreams’ shown here is inspired by the work of the British artist Aubrey Beardsley. His first one-man show was organised in 1910, and his last in 1943. He died in 1967 in Budapest.

Here are some images from Opium Dreams.

I have been unable to find the centaur specifically attributed to Sassy, but a couple of other people did, and there are enough similarities between these Sassy drawings and the centaur that it’s pretty obvious they’re all by the same artist.

These images are nice, but there’s something special about that centaur :D

Special thanks to Kym D, who found the most important clues and leads <3 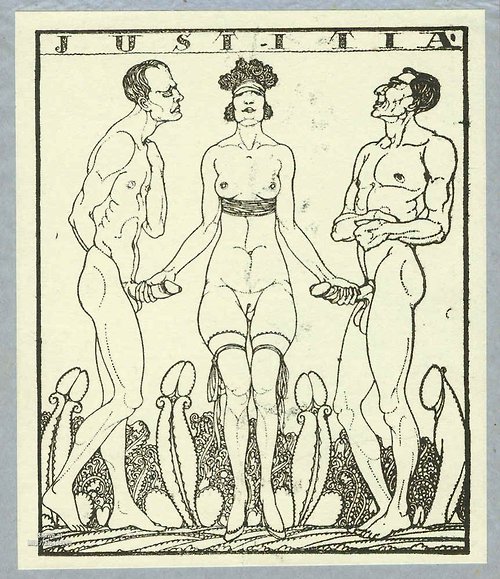 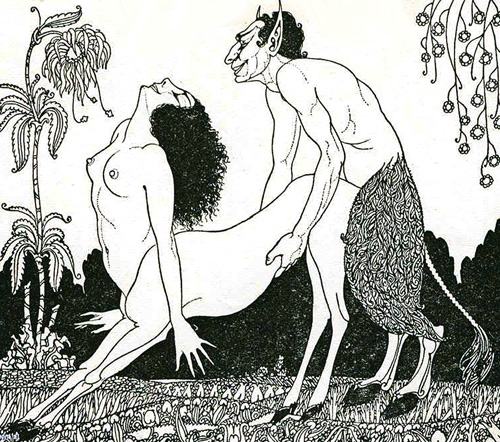 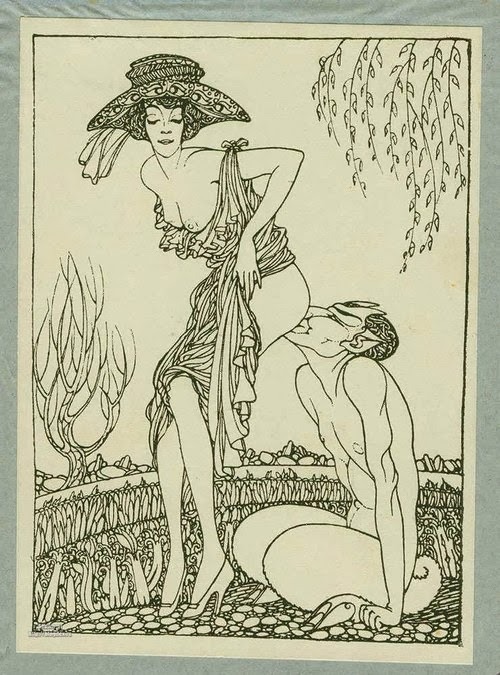 2 thoughts on “I found the centaur artist :)”