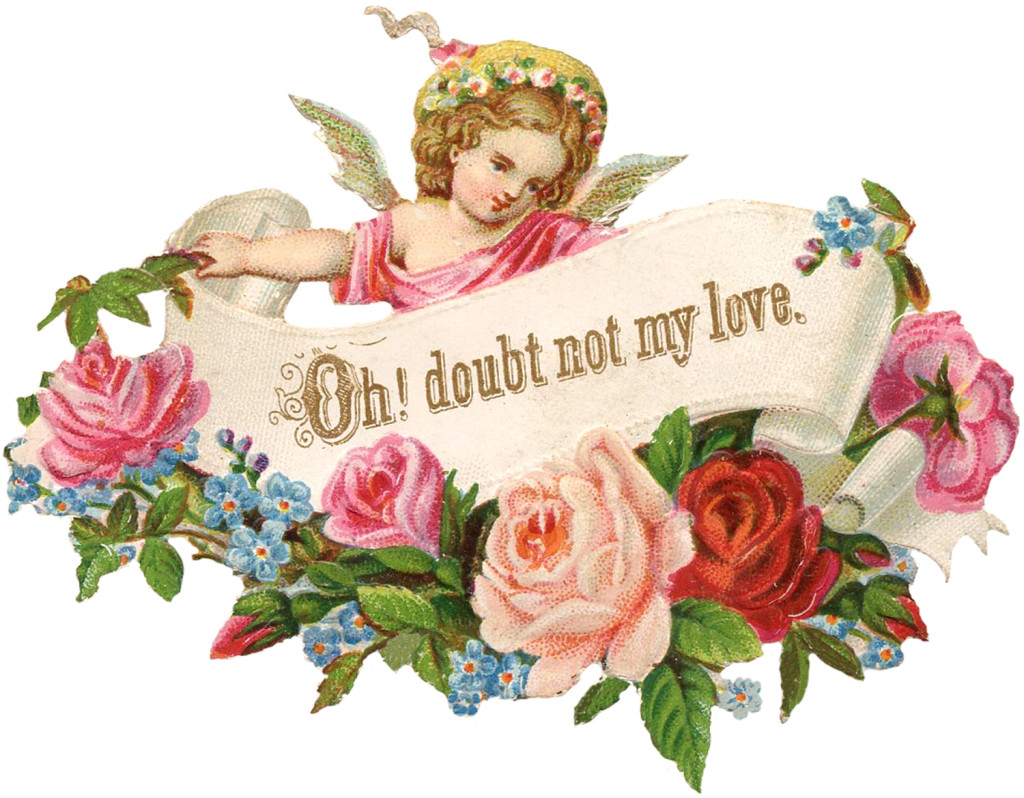 I looked at a lot of vintage valentines to find ones that I felt would fit their criteria. Both Henry and Martin would want it to be clear that their feelings were romantic in nature. They’d both go for cards featuring plausibly male figures, which meant cherubs. There really aren’t cards depicting adult men for some reason! 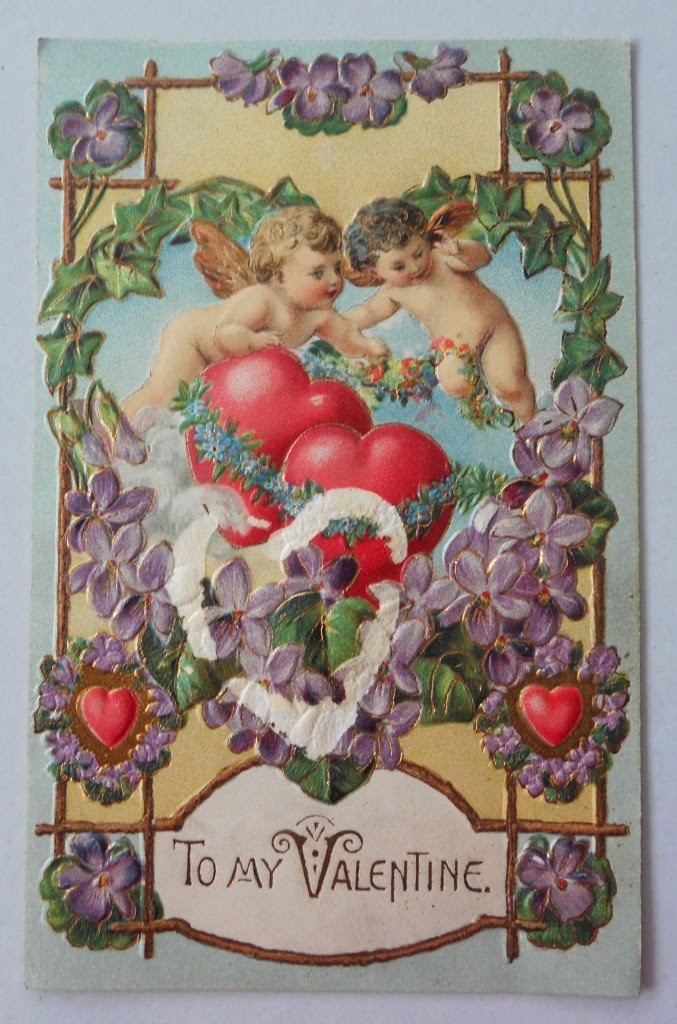 Even with the flaw where some heart-shaped thing has fallen off, this is still a pretty card. 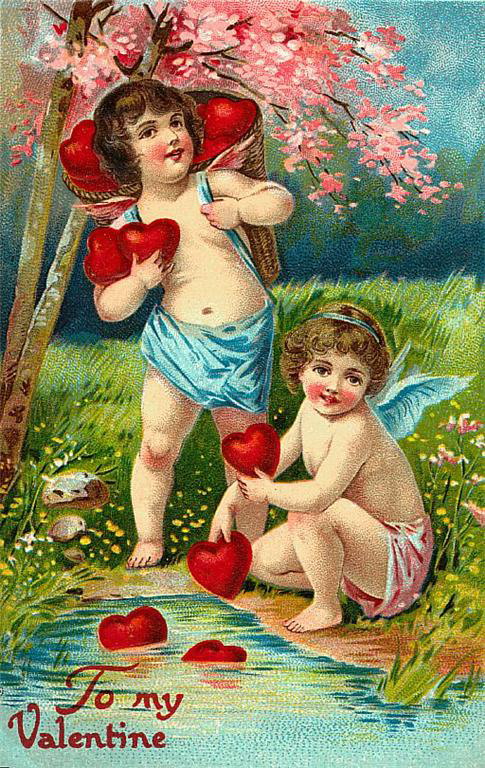 These may look a little familiar–Ulvar was kind enough to include the cards in the cover art for A Vital Chemistry (GQ Book 3.5).

and, finally, Tom’s card to Martin: 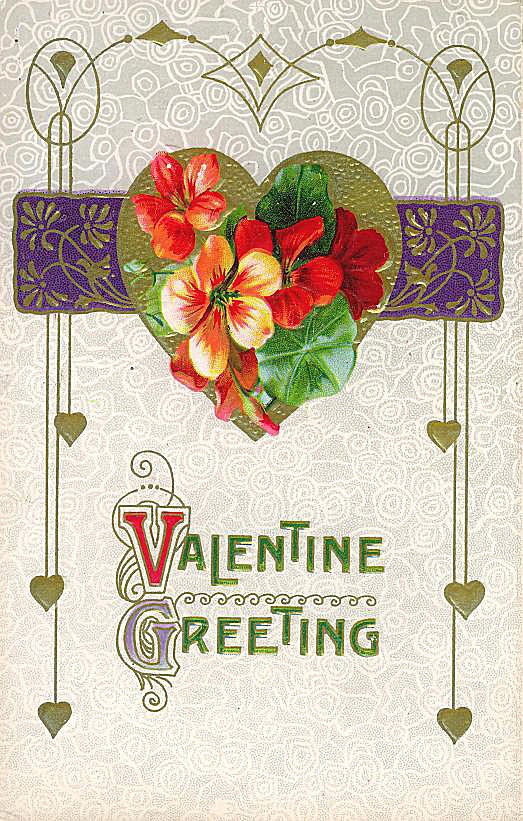 After embarrassing himself at the New Year, Tom is being careful not to overstep. This is definitely a friendship card :D