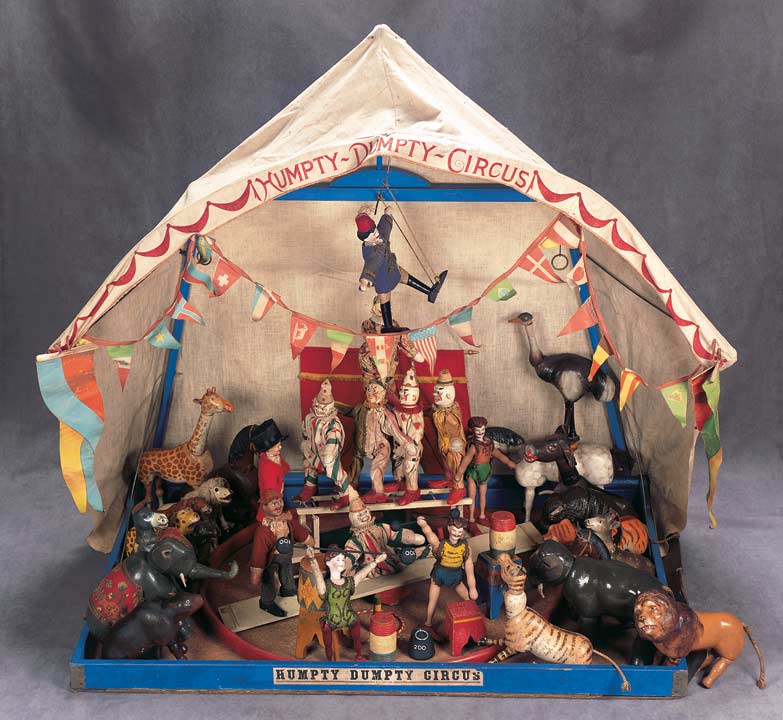 For her 8th birthday, Henry and Martin give Cora what is probably the best present she has ever received: a toy circus. This is based on a real toy, the Schoenhut Humpty Dumpty Circus, which was made between 1903-1935 – so, actually, years after Cora is given her present. I love toys, and I really love old toys, and although I don’t collect these circus pieces, I’ve been aware of them for years. When I ended up writing about a turn-of-the-century child, I immediately thought of the Schoenhut circus as something she might enjoy. I fretted about this a little bit, because it wasn’t accurate to have a child playing with such an elaborate circus toy as early as 1900, but my extreme fondness for the Schoenhut circus argued in favor of including it, and it’s very unlikely I’ll have the opportunity to put it in a story ever again, so Cora got her gift.

I think of Cora’s circus as looking very much like the Schoenhut one, but overall somewhat smaller, with the animals being more pocket-sized.  Her bear would differ from the first one pictured here in that it would be able to stand on its hind legs, but it would definitely have that same crazed expression! The ID guide at the Old Wood Toys site has lots of pictures of the different circus performers and their variations, and I find it all absolutely charming. They’re not realistic, but they’re captivating. 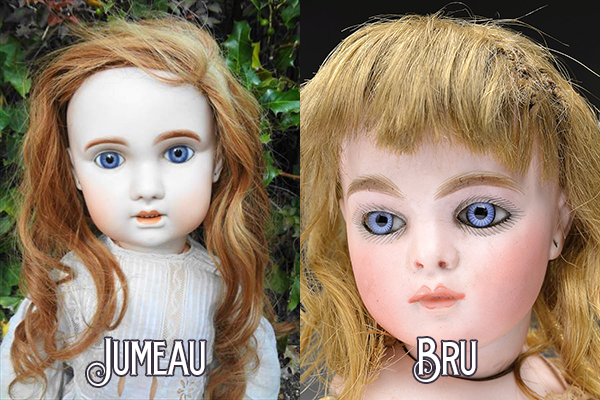 Also, if you’re curious, Cora’s dolls are primarily Bru and Jumeau, and there are zillions of pictures of different dolls from either manufacturer available online. A big grouping of these dolls, like Cora has in the nursery, can be a little unnerving with their big-eyed stares, so it’s understandable that they make Henry a little uneasy, and even more so when you consider the state they’re in after residing awhile with Cora!